Yemen, A Nation in Crisis 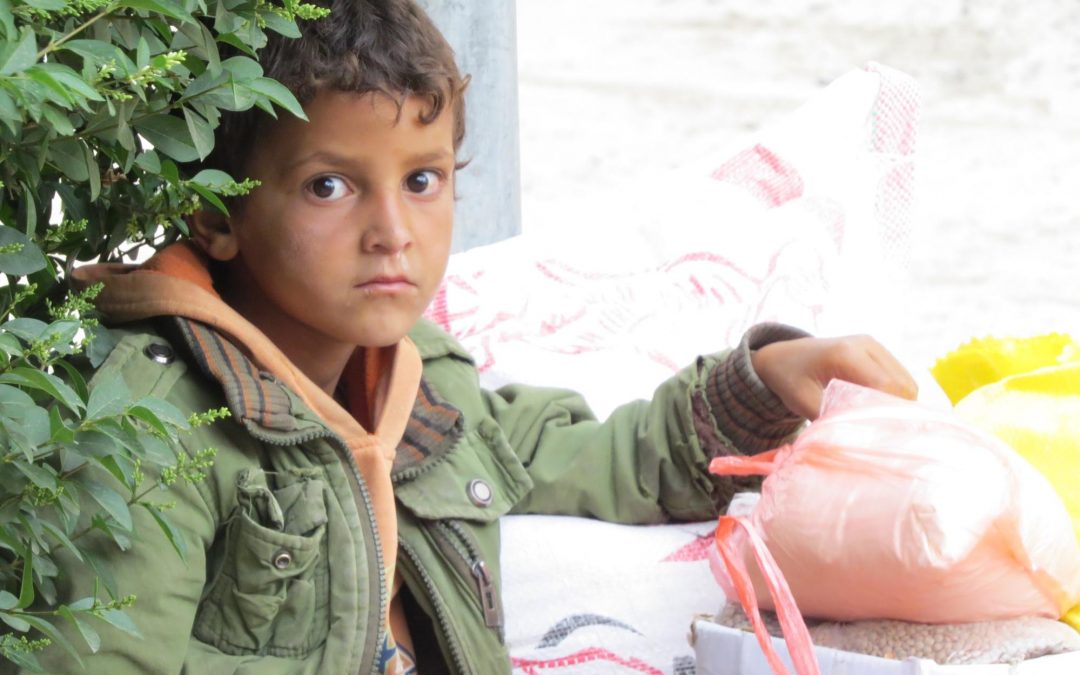 With a year consisting of a global pandemic, societal tensions, and environmental disasters, it’s easy to forget to look beyond our own backyards—especially when we’ve been homebound for months. Around the world, people are suffering. Currently, the people of Yemen are in crisis. With the United Nations calling it the world’s worst humanitarian crisis, the people of Yemen need help from the rest of the world.

The country of Yemen is located in Southwest Asia on the Arabian Peninsula. It borders the Red Sea, the Bab-el-Mandeb Strait, and Saudi Arabia to its north.  While a desert country, Yemen has regions of fertile plains ripe for agriculture. Yemen is the home to 29 million people.

According to the United Nations and Save the Children:

Yemen was named one of the poorest countries in the Arab region prior to the armed conflict that crescendoed in 2015. According to ACLED, over 100,000 people have been killed in Yemen due to war.

The conflict today comprises at least six major international and regional players, including the Houthis, Saudi Arabia, the United Arab Emirates, and others. The violence has forced  3.6 million people to flee due to airstrikes on homes, schools and other civilian areas since 2015.  The area has further been decimated and made unlivable due to flooding and other natural disasters.

The UNHCR reports that about 40,000  people were displaced in just 2020 as the fighting has increased in the North.

The UN further reports:  “more civilians were killed in August than any other month this year, with one-in-four slain and injured in their own homes.”

Yemen, once more than just a humanitarian crisis, has much to offer.  The  port city of Mocha, also called al-Makha in Arabic, was once the bustling epicenter of the global coffee trade. The first cup of coffee was actually brewed in Yemen; for 200 years, Yemen was the sole source of coffee.

The country is rich in historical and cultural significance. UNESCO has recognized many of the Yemen landmarks as World Heritage. Sadly, the Historic Town of Zabid, the Old City of Sana’a, and the Old Walled City of Shibam have been placed on the List of World Heritage in Danger as they have been severely damaged due to the violent conflicts and civil unrest. Other major sites of historical significance have also been damaged, including the archaeological site of Baraquish and the Citadel of Taez.

Human Rights Watch reports that Yemen currently has the largest outbreak of cholera in modern history. Between cholera, water and food scarcity, an inadequate healthcare system, and an impending famine, the already desperate situation in Yemen has been exacerbated by Covid-19.

Twenty percent of Yemen’s people undergoing treatment for Covid are dying, compared to the 7% global average. The COVID-19 fatality rate in Yemen is at 27%, which is about 5 times the global average, according to the UN and British Medical Journal (BMJ).

The BMJ reports the Covid numbers are most likely much higher due lack of testing facilities and lack of trustworthy reporting from government officials.

The Yemen healthcare infrastructure is ill prepared for the pandemic. Many of the regions are without doctors as many healthcare workers have fled and hospitals and medical centers closed. Many remaining workers have not been paid in two years. The Houthis have stigmatized the virus and threatened medical workers, making those infected reluctant to seek medical attention. Social distancing is rarely used and PPE is scarce and not readily available, reports Human Rights Watch.

MedGlobal says there are 10 healthcare workers for every 10, 000 people, which is less than half the World Health Organization benchmark.

We are all in this together. Even though our nations are suffering, Yemen needs our help.