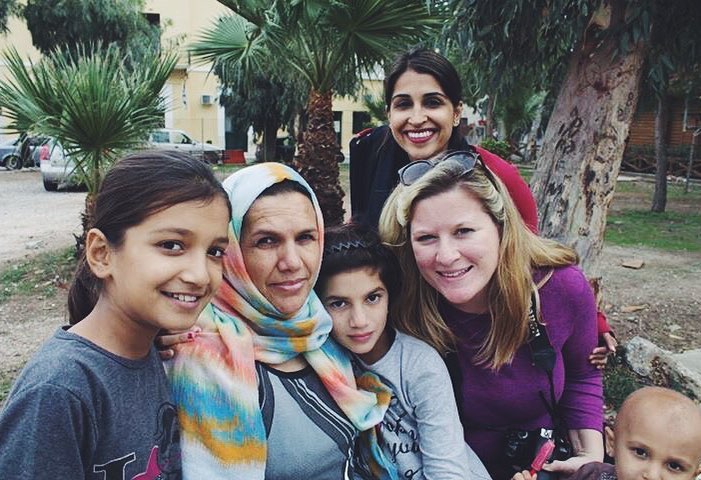 Each month we do a volunteer spotlight featuring one of our amazing volunteers. With more than 6000 volunteers here at Carry the Future, it is always inspiring to get a peek into the story of any person who is using their time and talents to serve refugees all over the world. Congratulations to our Volunteer of the Month, Lacy Stroessner! 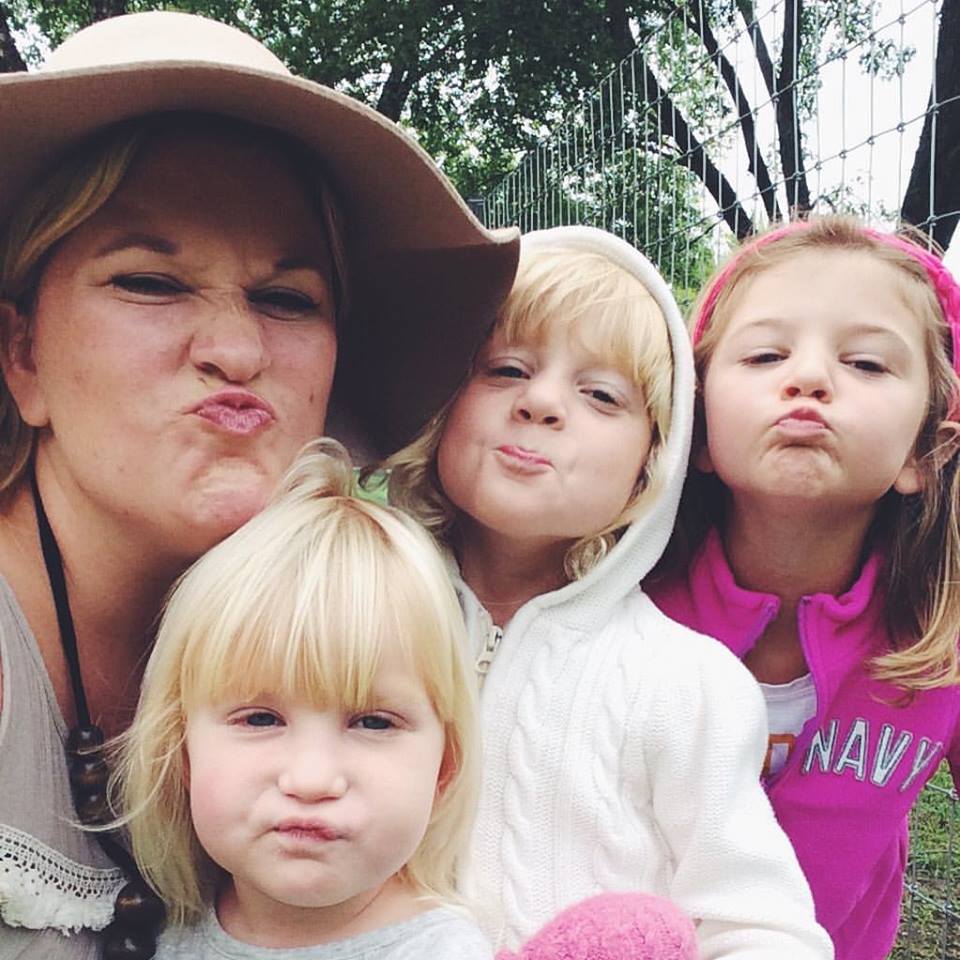 Lacy calls Columbia, Missouri home, where she lives with her husband and three daughters ages 7, 6, and 4. When she is not volunteering for Carry the Future or wrangling her children, she can be found running her own business, called Madre Beads. Lacy started her own jewelry business three years ago in an effort of create non-toxic and lead free jewelry, especially for moms of young children!
Lacy became involved with Carry the Future in the Spring of 2016 after she mailed in a carrier and realized she might be able to use her jewelry business to do some good for refugees. She created the Carry the Future necklace, from which she donated 100% of the profits to Carry the Future. Lacy became more involved after being asked to go on a distribution trip which quickly turned into a spot on Team 20, visiting Athens and Lesvos to distribute carriers and humanitarian aid. Watching the news of the refugee crisis, Lacy felt pretty helpless and far away. Her trip helped her realize she wasn’t powerless in the face of war, tragedy, and family separations across the world. She had skills to offer and could do something to make a difference. Suddenly, the refugee crisis wasn’t a sea of nameless faces, “…they are humans, and I need to be a voice for these people in a time when they are misunderstood and treated unfairly all over the world.” 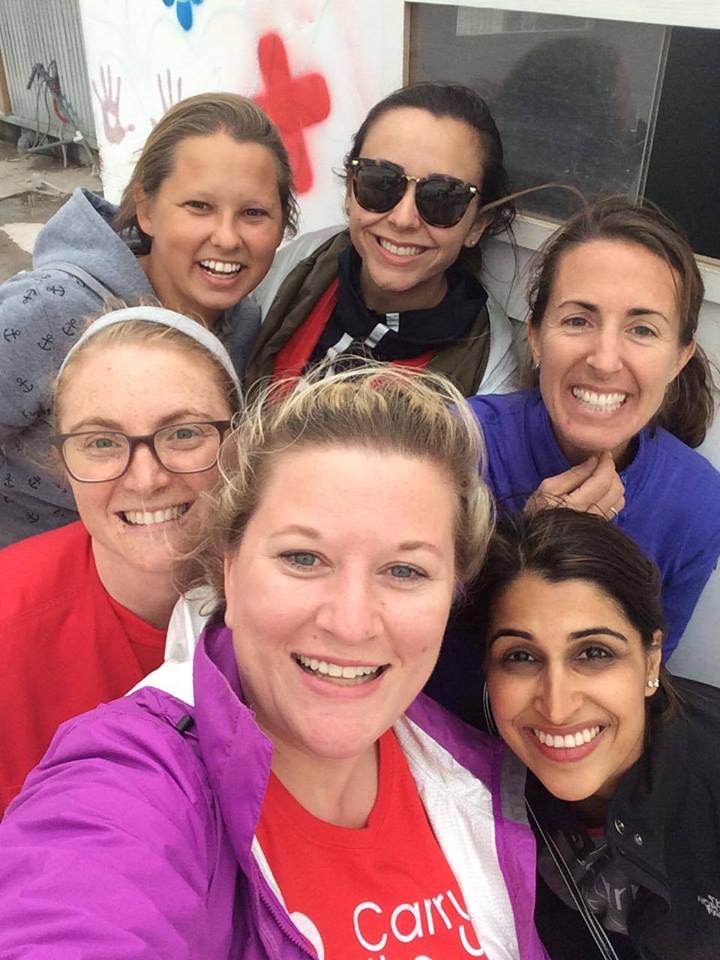 Currently, Lacy serves as the Community Response Officer on the Communications Team, which means she manages two teams of people. She oversees the response side of social media and our various inboxes as well as the blogging team. Like many other veteran staff volunteers, she also works on various side projects for Carry the Future and is headed to Jordan in late June for program support. 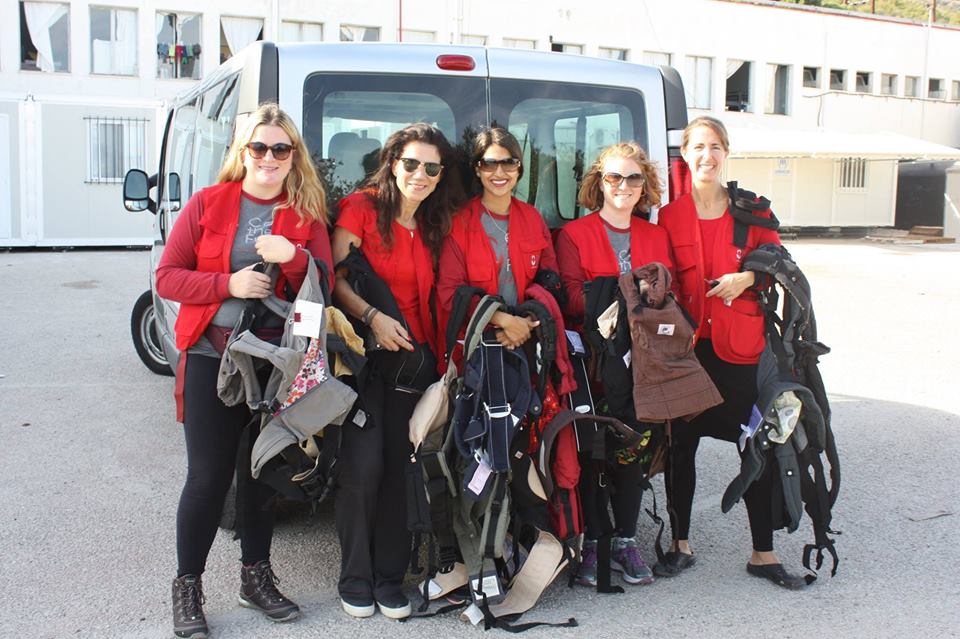 Lacy thinks that the work Carry the Future is doing is particularly relatable because of our emphasis on women and children. Lacy noted that Carry the Future gave her a way to use her skills from home while also running her own business and raising young children. Lacy says, “Honestly, I hate that we have to exist as an organization, but I am grateful there are so many women involved. My hope for Carry the Future is to have a really strong presence around the world, supporting women and children, doing whatever is needed and being a voice and a resource for those who are struggling.” 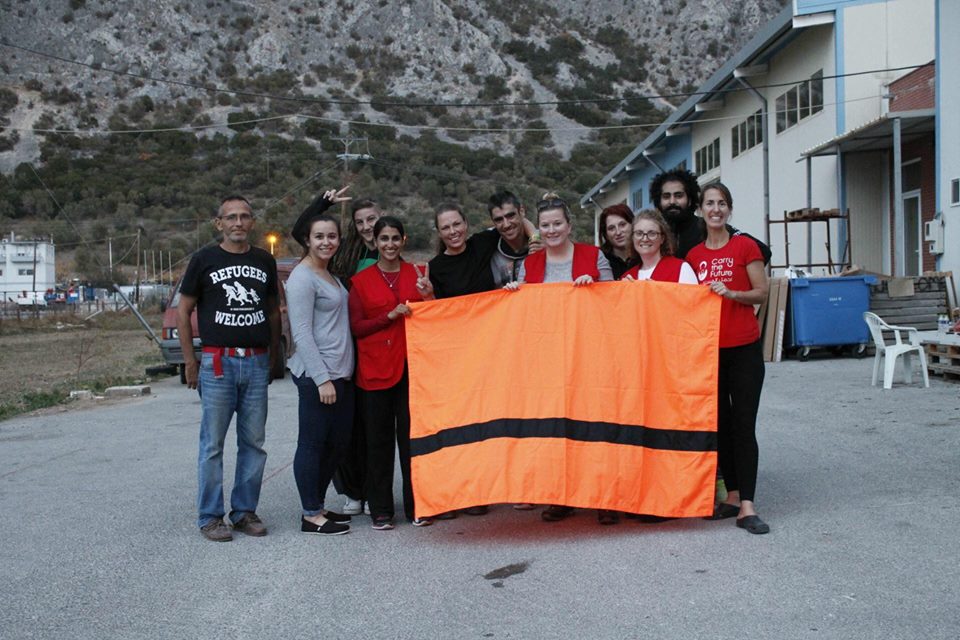 Thank you, Lacy, for being one of the many strong voices of Carry the Future!

EVERYONE CAN DO SOMETHING! JOIN OUR TEAM OF VOLUNTEERS TODAY!