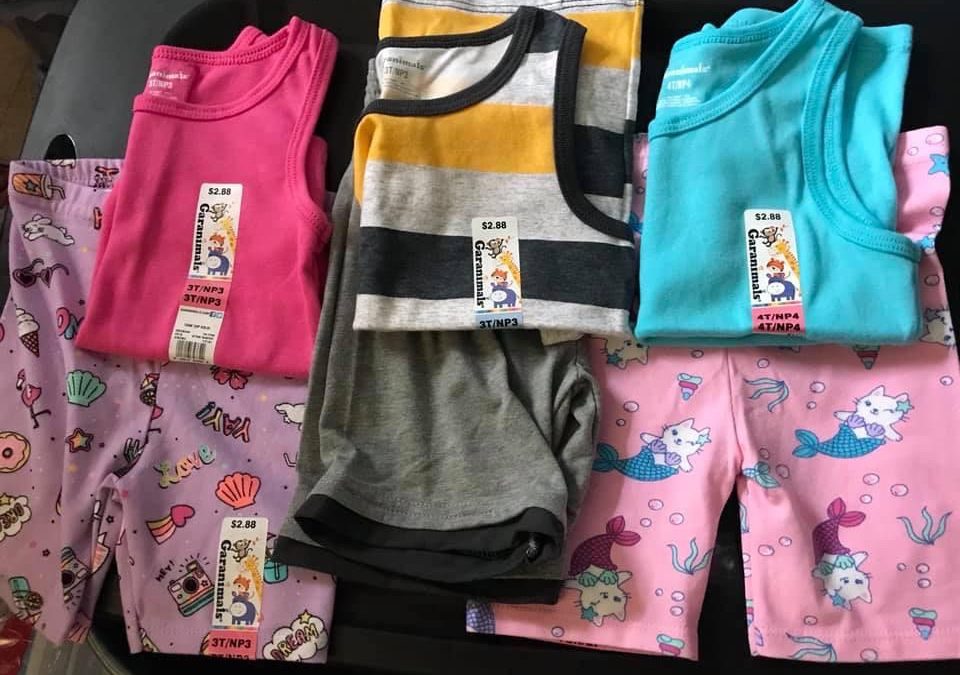 Volunteers for Carry the Future help refugees around the world. When the work of serving is at home, however, the sentiments are sharper, the senses are heightened, and the need to help is even more powerful. Read on as Team 57 recounts their work with asylum seekers in McAllen, Texas.

Team 57 had unique experiences on their distribution trip. The extremely hot weather and the sheer number of refugees needing aid have been overwhelming:  “It’s almost impossible to imagine being in such a dire situation that you would leave everything behind, literally pick up your child and walk thousands of miles in search of a better future. For a week in McAllen, Texas, Team 57 saw thousands of parents—from Guatemala, El Salvador, Honduras—who did just that.”

Despite the dire circumstances, Team 57 witnessed parents who were not giving up:  “It was inspiring to see how much these parents tried to keep life normal for their children. We saw them after weeks of walking, after being arrested and placed in detention, after convincing authorities that they had a credible threat back in their home country, after not showering, barely eating, and only having the clothes on their backs. But we also saw parenting so ‘everyday’ in the most extreme and extraordinary circumstances that it was striking in its universality.”

Even the smallest things were cause for inspiration:  “The mom who whispered ‘you’re going to look so beautiful!’ to her toddler daughter after receiving a new, clean outfit. The dad who assigned himself the job of taking out all the garbage in the center and told his tween daughter to find a job and help out in the time they were there. The many parents who prompted ‘say thank you!’ and ‘wave goodbye!’ These were parents creating normalcy and protecting their children from the worst of the world, and while our hearts ached for their circumstances, we had so many smiles watching and interacting with truly happy children who had reached safety at last.”

Team 57 would not have been able to do so much good without the help of donors:  “Team 57 received amazing support from family, friends, and acquaintances all around the world. Donations enabled us to purchase aid for immediate distribution, including clothing from baby to toddler size, bottles, formula, wipes, diapers and items such as shoelaces and hairbands that had been seized in detention. We didn’t have to turn away a single child; instead, we clothed, diapered, and fed children for 12 hours a day for 7 days straight.”

Being this close to the asylum seekers in Texas had a profound effect on Team 57:  “We honestly had trouble leaving, even though we missed our own families. We found ourselves slowly walking the halls our last night at the HRC. In an amazing twist, we were on planes with families the next morning and got to be witness to the next phase of their travels. One 2-year-old boy, wearing an outfit received the day before, pressed his little face to the airplane window when landing at his next destination. ‘Hola!’ he said again and again. That ‘hello’ to a new, safe life is what these parents were willing to sacrifice everything for. It was a privilege to be a part of that journey.”

Click here to learn how you can get involved with Carry the Future.