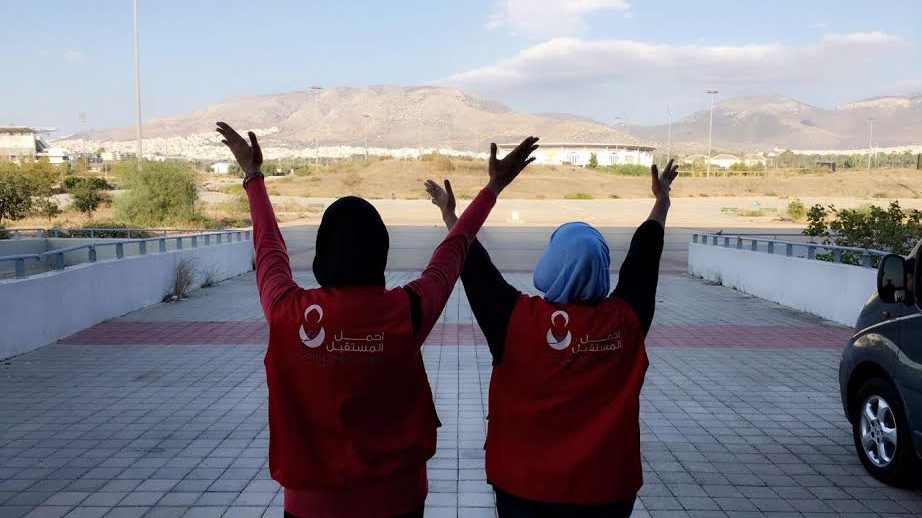 At Carry the Future, many of our refugee programs focus on empowering refugee communities. We recognize that, first and foremost, refugees are people just like you and me. Before having to flee war and violence and being forcibly displaced because of circumstances beyond their control, they had routines, careers, professions, and opportunities.

Imagine for a second, having to leave your house, community, job, belongings and life as you know it. Moving to a different country with a language you don’t speak and people you don’t know. Despite such obstacles and challenges, it makes celebrating refugee resettlement success stories that much more significant, illustrating the power of resiliency.

Carry the Future likes to share stories that showcase the reality that refugees don’t want to be dependent on aid or handouts. After securing the basics – a roof over their heads and food for their family – they have a desire to contribute to their host communities.  Even in the most improbable circumstances, we see examples of refugees finding a way to start a new life – embracing the entrepreneurial spirit and even offering something unique to their new country. Help us celebrate the success of two Syrian refugees!

The story of Samer Jokhdar is one of perseverance. Samer was forced to leave his ice cream shop behind in the war-torn city of Homs in Syria. Before fleeing, Samer’s business was facing numerous challenges. Power outages lasting two or three days made it difficult to make ice cream. Then, supplies started running low because the farmer he relied on “couldn’t produce milk because they were captured.” Before long, in Syria, ice cream became an unrealistic luxury. No one was willing to go outside of their houses because of the dangers.

Fleeing to Jordan first in 2012 and then resettling in Halifax, Nova Scotia, Samer is chasing his dream of opening an ice cream store once again – bringing traditional, denser, nuttier Syrian ice cream to his Canadian community. Recently the recipient of the top prize business grant – Samer is well on his way to achieving his dream.

In another example of determination and resilience, Al Hilal escaped Syria in 2011, fleeing to Lebanon. Al and his family were among the first wave of Syrian refugees admitted to Canada in 2015. When customers walk through the door of his new meat shop, grocery, and takeout in Halifax, Nova Scotia, his only mode of communication is hand gestures. English lessons are ongoing. First and foremost, Al was determined to prove himself in Canada, he pushed to start his own business as soon as he could. Despite all the obstacles, including a language barrier, he wanted to prove he didn’t have to rely on government assistance and be self-sufficient. In his own words “I am healthy, I can work.” 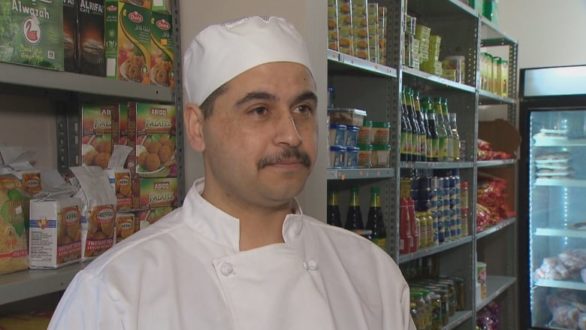 At some point in our lives, we will all need help. Sometimes this can be difficult to take because most of us want to remain independent and resilient. But assistance is not a bad thing. Assistance can help us find ourselves again. It can help us retain our dignity and spirit. At Carry the Future, we do all we can to provide assistance to refugees so that they can find security and happiness after they’ve fled their homeland. Hearing stories like Samer and Al’s is what makes volunteering for Carry the Future so special. They show us the power of the human spirit.

Click here to donate to Carry the Future and help to empower refugee communities around the world.