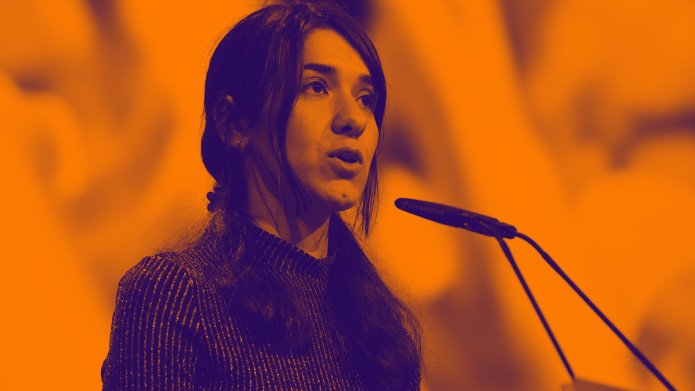 This holiday season, Carry the Future is happy to share some of our favorite books about refugees. Reading is a rich opportunity to educate and empower ourselves about the individuals that we serve. Yesterday, we shared recommended reading for children. Today, our list focuses on books for adults.

We Are Not Refugees by Agus Morales

Aimed to refute the negative images of refugees that undermine the truth of their suffering, We Are Not Refugees provides a voice to the experiences of survivors of violence and displacement from around the world—to Syria, Afghanistan, Pakistan, Central African Republic, Central America, the Congo, and a refugee camp in Jordan. Detailed and honest, journalist Agus Morales notes that those who live on the margins are not even refugees, often seeking survival without the UNHCR. Morales who has been writing about victims of war and the displaced for over a decade, shares stories and insights about these internally displaced persons. Morales spent five years as a correspondent for the Spanish news agency Agencia EFE in India and Pakistan, and then three years with Doctors Without Borders following population movements in Africa and the Middle East. Morales traveled to the sites of the world’s most brutal conflicts. We Are Not Refugees documents the stories of the people he met who are not refugees because they have not been given asylum.

A Hope More Powerful Than the Sea by Melissa Fleming

Written by the chief spokesperson for the UNHCR, Melissa Fleming travels to war zones and refugee camps to give voices to the millions of people displaced from their homes. She first told Doaa Al Zamel’s story on the TED stage.  In A Hope More Powerful Than the Sea, Fleming chronicles Doaa’s story, the political climate in Syria and how life was upended in 2011 by the onset of Syria’s civil war. When the army is sent to take over Doaa’s town, curfews, air raids, water shortages, and violence disrupt their once-peaceful life. After her father’s business is destroyed and rumors of women being abducted spreads through the community, her family leaves Syria for Egypt. Months later, however, the Egyptian government is overthrown and the environment turns hostile for refugees. Doaa and her fiancé, Bassem, flee Europe to seek education and safety, however, four days into their perilous journey in a smuggler’s boat, the boat is struck and sinks. Adrift in the sea, Doaa clings to an inflatable ring, clutching two little girls. She drifts with the girls for days. This story represents the millions of unheard refugees who risk everything in desperate search for safety. Fleming sheds light on this pressing humanitarian crisis through Doaa’s brave story.

The Last Girl by Nadia Murad

A member of the Yazidi community, raised in Northern Iraq, Nadia Murad lived a quiet life with her brothers and sisters until that life abruptly ended on August 15, 2014. Islamic State militants massacred the people of her village, killing 600 people including six of Murad’s brothers and stepbrothers. A frightening, terrorizing period of her life ensues as she, along with 6700 other Yazidi girls, is enslaved, abused, and traded. For three months, she was held as a slave in Mosul. She manages a narrow escape, finding shelter in the home of a Sunni Muslim family whose son risks his life in a nail biting journey to smuggle her to safety. Murad spoke to the United Nations Security Council about human trafficking and conflict in December of 2015. She was jointly awarded the Nobel Peace Prize in 2018 for her efforts “to end the use of sexual violence as a weapon of war and armed conflict.”

We Crossed A Bridge and It Trembled by Wendy Pearlman

Based on interviews with hundreds of displaced Syrians conducted over four years across the Middle East and Europe, We Crossed a Bridge and It Trembled is a collection of stories about ordinary Syrians. The first hand testimonials are brief, often poetic, and shed light on a mosaic of people whose lives changed against a backdrop of demonstrations known as Arab Spring in 2011. Hundreds of thousands of Syrians took to the streets in protests, demanding freedom, democracy, and civil rights. The government’s violent response and refusal of the demonstrators to back down sparked a brutal civil war that has escalated in the past eight years the worst humanitarian catastrophe of our time. The stirring accounts, some, a mere paragraph; some several pages– are examples of human adaptation and resilience as a result of Syria’s continued civil war.

In Northern Kenya, nestled hundreds of miles from any other settlement, is Dadaab, a refugee camp and likewise a city constructed from mud, sticks and plastic. Author Ben Rawlence became a witness over four years to the inner workings of the largest refugee camp. Told through the stories of nine individuals living at Dadaab for a range of reasons and from different circumstances, this complicated and illuminating story shows what life is like in excruciating, raw details while conveying the wider political forces that keep the refugees trapped. City of Thorns shows the struggles of those displaced by war in eastern Africa, and the complex tapestry of politics and economics within Dadaab. The camp is described as many things: a humanitarian crisis to charity workers; a “nursery for terrorists,” to the Kenyan government; a dangerous “no go,” to Western media. To half a million residents, however, this is home.  Rawlence interweaves the nine stories over a span of years, bringing to life the individuals’ struggles, their customs, their innovation, their accomplishments and their heartache.

For other titles, see our World Changers Series.