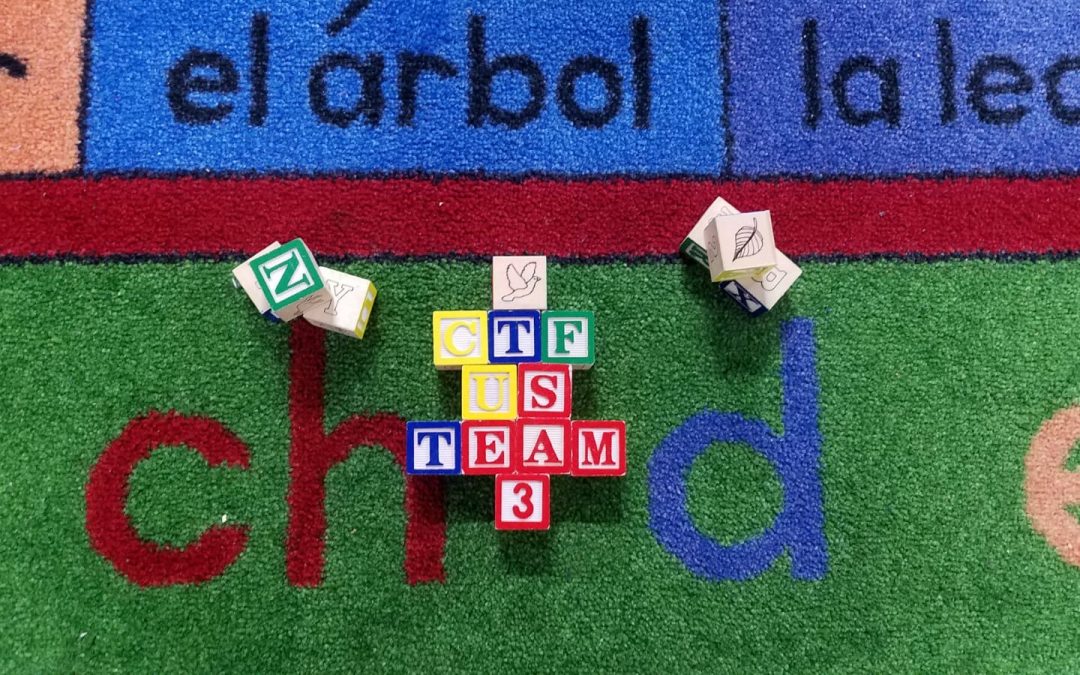 With the help of volunteers and donations, Carry the Future has been able to do so much good near the southern US border. Read on for an update from Susannah regarding Team 3’s recent trip to McAllen, Texas.

“Oftentimes when Carry the Future teams travel we are lathered with support and accolades as we begin to share the nature of our work days. Our partners express gratitude and we reciprocate:  ‘Thank you for having us. Thank you for your service as well.’ We would be amiss, however, if we did not document and celebrate the figureheads in the background, the unsung heroes, the ones who may never be thanked.

“The Humanitarian Respite Center of the Rio Grande Valley is situated in downtown McAllen, Texas, across the street from the bus station, among local shops selling trinkets, inexpensive household items and local eats. Every morning we are greeted by paid, armed security who hold the door for us to enter. From the outside, an onlooker would presume they are positioned to offer a commanding expression and posture authority.

“What many do not know is the security at the respite center take this job personally. More than one told me they have requested to their superior that they be placed at HRC permanently. One, a former employee of FEMA said he ‘likes talking to people, the children.’  Security is seen tying shoelaces, translating to English-speaking volunteers, helping to set up mats for sleeping, carrying heavy boxes for volunteers, voluntarily monitoring the shower area, taking children’s temperatures, and much more.

“On our second day at HRC, a young mother arrived with her daughter who has complex medical needs.  Her daughter is unable to walk or speak. Upon release from ICE, she arrived at HRC in soiled clothing, a wet diaper, and in much need of bathing. It seemed urgent to get her comfortable, rather than wait for the designated time women and children bathe in the provided shower space.

“I slipped upstairs to a private bathroom with her mom and Tom, another volunteer, to wash her hair. A gentleman from security came to help. I asked for a cup to help pour water from the sink over her matted hair and before Tom could blink and find one, Security had reached for a water bottle and cut off the top, creating a makeshift cup. He waited until we finished and helped Tom carry the sweet girl down, now fastened in a stroller provided by donors. Outfitted in clean clothing, her mother combed her locks and pulled her hair into a pink hairband. She lovingly stroked her daughter’s face. We watched her little girl while she, herself took her first shower in who knows how long. She is from Honduras and told us she hitchhiked for a month to reach the United States.

“Downstairs, gentlemen bustled about mopping, the smell of Clorox wafting through the air. They are asylum seekers. They want to help, to participate. Trash cans in the shower area that are receptacles for soiled clothing had reached capacity.  A volunteer cinched the trash bag and tried to lift it. An asylum seeker, a young man, was watching and put down his phone. He hurried to our side and gestured he could help. The men worked together to move three very heavy bags to the garbage.

“One day, we served breakfast and a little girl, our guest, helped pour cereal into the bowls we laid out. She opened packages of juice boxes and carefully set each one out for fellow youth. “Across the street at the bus station, you will find Luis. He has volunteered with HRC for several years. A retired police officer who lost a leg in a motorcycle accident while on duty, he moves between the station and center with the aid of a scooter, helping asylum seekers pick up their tickets and make it to the proper bus. The various clerks from competing bus lines know him. When they can see that some asylum seekers on their roster are not yet at the station, and their departure is approaching, they seek Luis out with their names. We hustle to impart the names to our leaders so they may announce the names over a PA system. The employees let our guests cut lines, and make efforts to get them situated with dignity.

“The parking garage down the street offers all volunteers free parking. One day, Tom and volunteer Larry purchased a laminated map of the US from a box store. They were given a discount when the clerk realized it was for the respite center.

“I picked up food from a deli for lunch one afternoon. The cashier saw my HRC shirt and thanked me. Her eyes filled with tears and she said, ‘Thank you for coming to McAllen.’

“It is these gesture of faith and kindness that make McAllen special.  A sense of community is in the air. The town knows who these people are. The crossing guard by the station must know,  he sees us exit from a side door. And he always stops the traffic and allows us to go with a nod of respect.

“Oftentimes it is the people in the so-called background who make the most significant impact. Their unsolicited help provides a seamless backdrop for us to work. It provides emotional assurance to our guests.”

Thank you, Team 3, for all of the good work you have done in McAllen! You have filled the hearts and provided dignity for many asylum seekers!

Click here to become a donor and help Carry the Future continue its mission to help refugees around the globe.