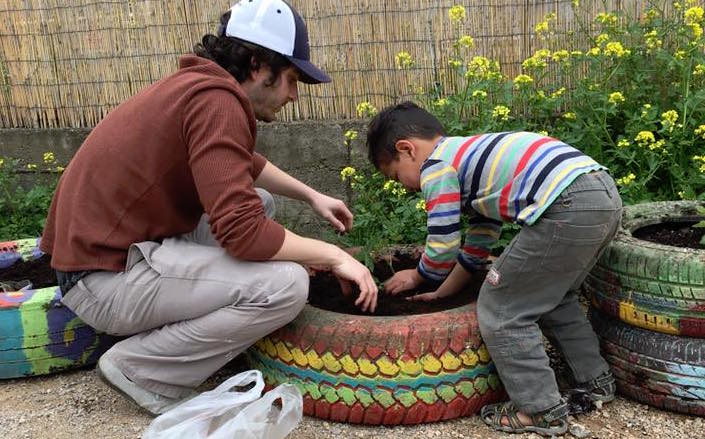 All around the world, refugees are still in crisis. As people become more aware of the refugee situation, many of them feel called to provide a helping hand. Carry the Future is always accepting volunteers to help in our mission; no matter your area of expertise, we have a place for you.

Many of Carry the Future’s volunteers are ordinary people who want to make a difference, but some of our volunteers see this as an opportunity to shape their future. The third volunteer in our Dads Are World Changers, Too series, is Tyler Haddad, a medical student who wants to use his expertise to help refugees. Tyler became involved with Carry the Future because he felt that he could use his career to fulfill a global need:  “I wanted to lend a hand to humanitarian efforts, communicate a bit of solidarity, and learn about the challenges and opportunities for serving refugees.”

Though Tyler’s area of expertise is medicine, his time working with refugees was also impactful in other ways. As part of a distribution team, Tyler helped in many areas: “Our group organized and transferred aid to various camps. We spent a few days making classrooms and building a vegetable garden. We also painted the outdoor play area for the children. I also helped teach a couple of English classes for adult men.”

While these may sound like simple things, it is often the simple things that mean the most. Refugees are often fleeing from war torn areas that have left their nation’s infrastructure in ruins. The simple comforts of education, food, and a safe place to play can mean the world to them. In fact, providing the simple comforts is what Tyler found most rewarding: “We helped transport benches into a camp where the residents hadn’t had proper seating for a very long time. It was not the largest project we took on, but that is such a basic level of human dignity, to have somewhere to sit, that it really put things in perspective.” 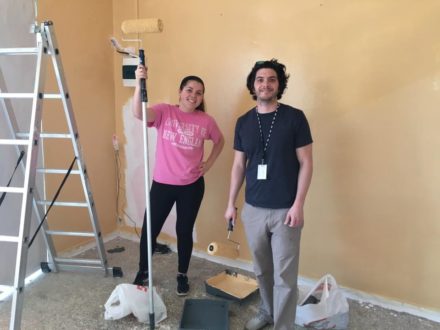 Tyler’s time with Carry the Future truly highlights our mission to uphold the dignity of every refugee. His #candosomething spirit is what we hope to see in every volunteer. According to Tyler, the impact of his distribution trip was life-changing for him and the refugees he encountered: “I witnessed some of the most profound examples of spiritual and emotional strength in the refugee camps, and those who reside in them are most deserving of any and every level of support.”

Throughout our Dads Are World Changers, Too series, we’ve seen examples of inspirational men whose actions have changed the world for some refugees. Whether it’s upholding dignity, showing solidarity, or providing comfort, our volunteers are on the frontlines working to make this world a better place. Old or young, newcomer or established in his career, male or female, everyone #candosomething.

Join us to get involved and make an impact in the lives of refugee families.