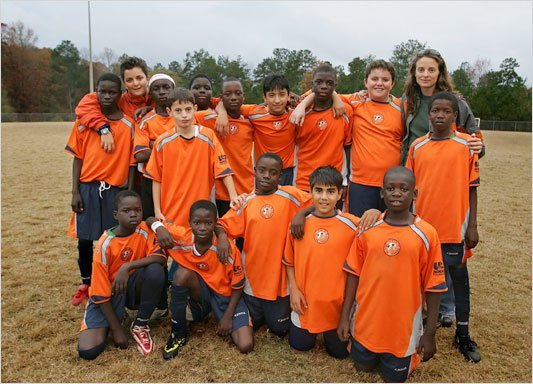 In our Raising World Changers series, we hope to equip parents and caregivers with practical ways they can educate and empower their children to make a difference in the world. We are thrilled to share some of our favorite books about refugees ideal for teenagers.

In today’s world, many people stereotype teenagers as uncaring and disrespectful. However, anyone who’s spent a lot of time with teens knows that those stereotypes are not true. In fact, teens are more caring and compassionate than you may think. What many see as a lack of caring is a response to world around them:  teens are starting to become aware of the world, especially the injustices that exist. What many see as disrespect is just a normal teenager pushing the bounds and questioning why things are the way they are. It is exactly this mindset that makes the teenage years the perfect time to become a world changer.

At this point, they have their entire lives before them and their idealism and hope know no bounds. They also have the time and energy to do something about it. More importantly, they are capable of understanding and coping with the reality that our world isn’t always a safe place. Whether or not your teen is aware of the refugee crisis, here are some wonderful books that highlight the plight of refugees, from the Holocaust to the present day. 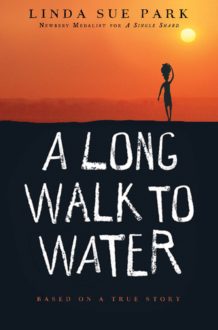 Based on a true story, the book follows Salva Dut’s flight from Sudan. When gunfire rings out near his school, Salva must abruptly leave behind his home, his village, and his family. Because of his young age, the group he originally flees with sees him as a burden and forces him to fend for himself for a time. Eventually, Salva is reunited with his uncle and taken in by a group. This book, more than any other Carry the Future has recommended before, vividly describes the experience of a refugee fleeing his country and trying to find safety. Park’s retelling provides a realistic rendition of Salva’s flight, his time in refugee camps, his journey to the United States, and his attempts to find his family after many years.  Interspersed with Salva’s narrative is the story of Nya, a young girl from another tribe in the Sudan whose life is based around finding water for her family. The story ends with the reminder that our struggles can be used to make the world a better place. 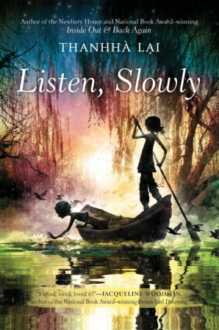 This book describes what happens long after the refugee’s flight from her homeland. Mai’s parents and paternal grandmother fled Vietnam during the Vietnam War.  When Mai is 12, she travels to Vietnam with her grandmother and father to discover what happened to her grandfather, who was lost during the war. Resistant at first because she’d rather spend her summer on the California beaches, Mai slowly begins to understand how important it is to learn about her heritage and for her grandmother to get closure. Throughout the novel, Mai transforms from a “whiny teenager” to a young woman whose understanding allows her to take some courageous and compassionate actions. This story stands out because it analyzes what happens to the ancestors of refugees:  How are they affected?  How do they view the refugee crisis?  How have their lives been shaped by ancestral trauma?

Left to Tell by Immaculee Ilibagiza (best for 13-16 years) 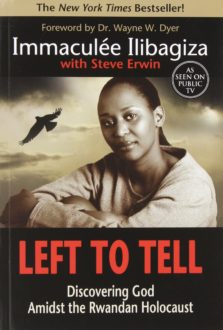 This is the true story of Immaculee’s survival during the Rwandan genocide. Separated from her family and friends, Immaculee finds herself at the mercy of a pastor who unenthusiastically helps her. Hunted because of her Tutsi ethnicity, Immaculee finds a spot to hide in the pastor’s home:  a secret 3 feet by 4 feet bathroom with seven other women. Hiding for over three months, Immaculee survives through a mix of sheer determination and faith. Immaculee’s account brings up many important questions:  How could humanity turn on itself so brutally?  How can a close friend become your enemy overnight?  How can we begin to find reconciliation after an event like this? 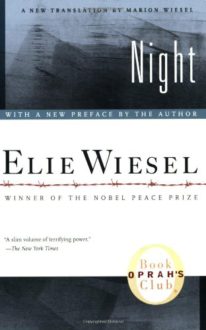 The first book in Wiesel’s Night trilogy, this memoir chronicles Elie’s time before and during the Holocaust. Taking us through his experiences, Elie does not shield the reader from the atrocities that occurred to him and the others in the camps. Rather, he shows the reader the horrors he experienced. At moments surprisingly beautiful, such as seeing how a small kindness begins to reopen Elie’s heart, and at moments horrific, when Elie witnesses a son kill his father for a crust of bread, this memoir provides a startlingly accurate account of the Holocaust. Through it all, Wiesel reminds us that all those who were silent were complicit in his suffering and warns us of the price that silence brought so that we will not allow it to happen again. 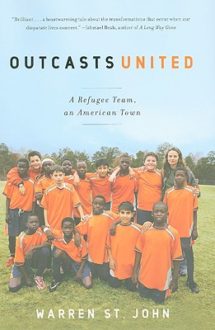 Luma Mufleh, a Muslim woman from Jordan who comes to the U.S. for college and freedom, finds herself living alone near Atlanta, Georgia. Struggling to find a purpose, Luma gets lost one day and happens upon some boys playing soccer in a parking lot. After doing some research, Luma discovers that many of these boys are refugees from all over the world. Though she is an immigrant, Luma feels a kinship with the boys knowing how difficult it was for her to adjust to the culture of the U.S. Eventually, Luma begins coaching several soccer teams made up of these refugee children because she realizes how vital soccer can be in helping them heal. While soccer eventually unites the boys, this book is about more than soccer. It’s about a town struggling to adjust to its changing population. It’s about refugee families finding a way to heal after the atrocities they’ve experienced. It’s about one woman’s decision to do something to help a community.

If you haven’t discussed the refugee crisis with your teen, now is the time. Don’t rush this important conversation, as teens will need time to process, especially since these books have serious and sometimes graphic scenes. Also, realize that teens understand more nuances than you may think; you will be able to discuss not only what a refugee is but also the ramifications of being a refugee in a new society. The conversations may be difficult, but don’t shy away from them. In order to raise a world changer, you must be open and honest.